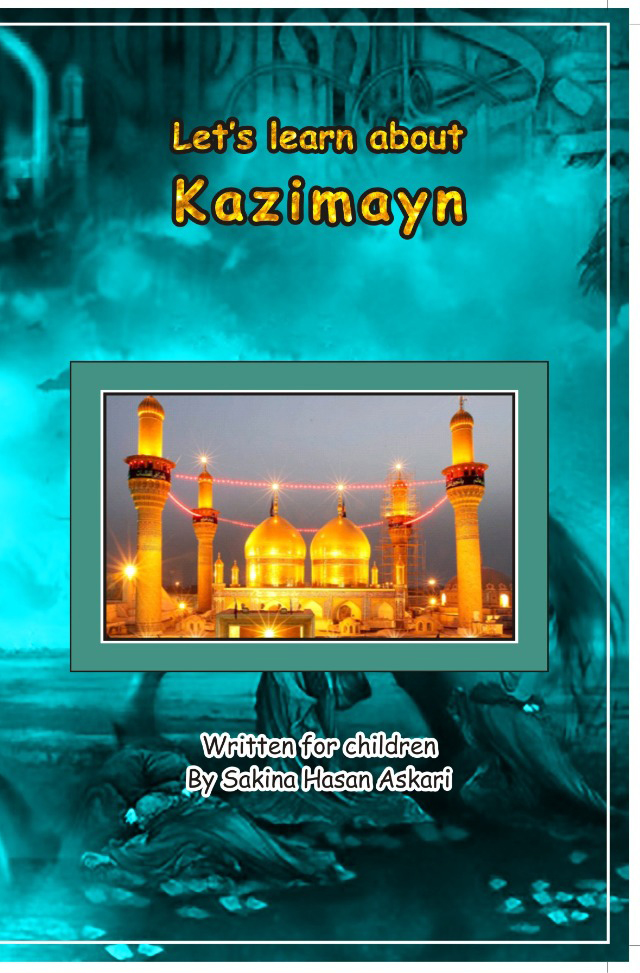 Let’s learn about Kazimayn
In this book you can find out about Kazimayn where two of our twelve Imams are buried. Our seventh Imam Musa al Kazim (AS) was the best of his time in knowledge. But the tyrant rulers forced him to leave Madinah. They put him in dark prison cells. He was finally poisoned and his body left on the bridge in Baghdad. Our ninth Imam Muhammad Taqui (AS) was the only son of Imam Ridha (AS) . When he became Imam, he showed that his knowledge was perfect. Poisoned by the Abbasi tyrant at 25, he was the youngest of the Imams to be mercilessly killed. 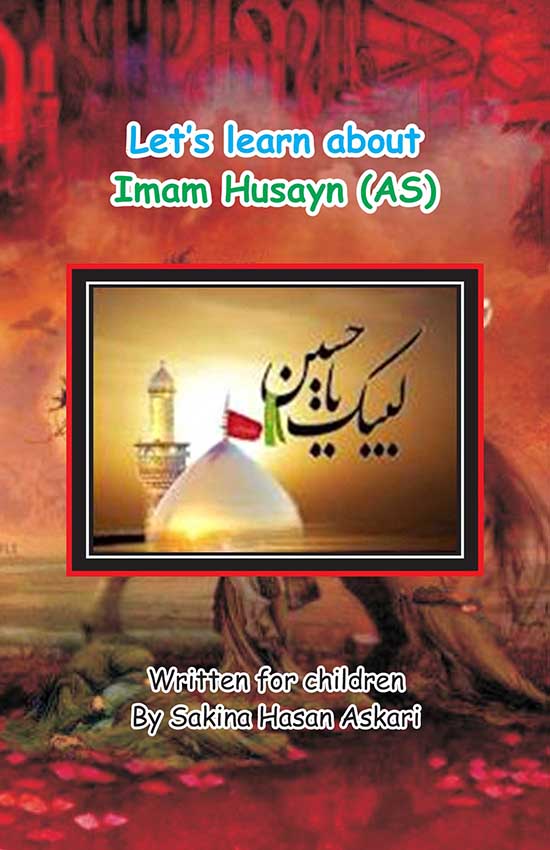 Learn about the Master of Martyrs, Imam Husayn(AS),
the noble grandson of the Holy Prophet Muhammad (SAW). This shining lamp of guidance and the ark of salvation gave all he had to uphold the teachings of Islam and the message of the Quran. He stood steadfast in the face of tremendous ordeals. Even today, his name inspires us to stand firm on the Right Path. 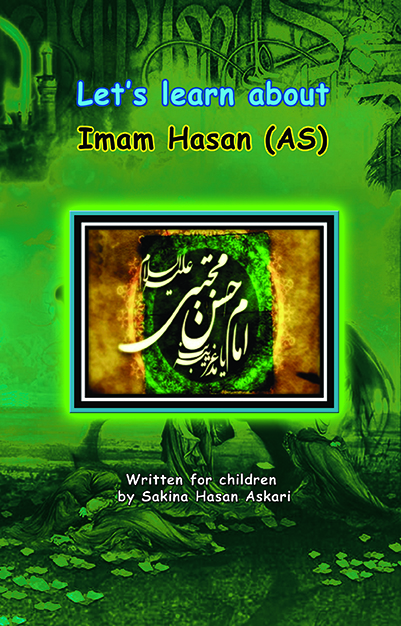 Let’s learn about Imam Hasan (AS)
Learn about our second holy Imam Hasan (AS) , the prince of peace , who sacrificed his position to save Islam. This fragrant rose of the holy Prophet Muhammad (SAW), the son of Ali (AS) and Fatimah (AS) is a shining example of excellent manners and piety. He faced hardship and was denied his rights but always stood for Truth. He exposed the true face of the Bani Umayya through the terms of the Peace treaty, paving the way to the rising of Imam Hussain (AS) in Karbala 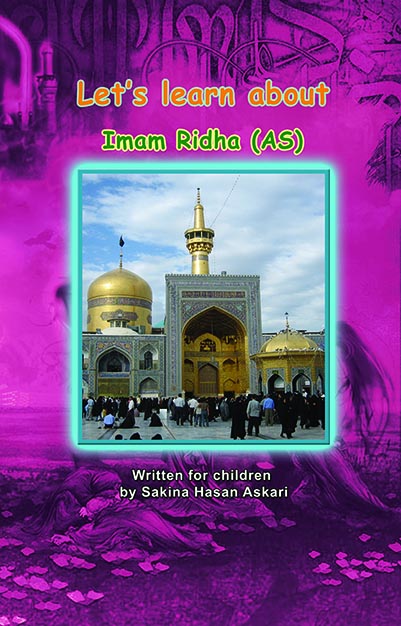 Let’s learn about Imam Ridha (AS)
This book gives a short account of the life of our eighth holy Imam Ridha(AS). His vast knowledge, his excellent manners, his noble generosity and his deep connection with the Almighty was apparent in his actions and his spirit. His shrine in Mashhad continues to draw millions to seek the pleasure of Allah even today.

Let’s learn about the 12 Days of Muharram
Learn about Karbala and the Day of Ashoor. You will read what happened on the first 12 days of Muharram. You will be able to read a majlis for each of the martyrs. Find out how Imam Hussain (AS) sacrificed his sons his family and his companions to save the message of Islam.

Let’s learn about Bibi Sakina(AS)
Bibi Sakina (AS) the 4 year old daughter of Imam Hussain (AS) was special. Her pain and suffering after Ashoor touched the hearts of millions. Find out about her courage as she faced the cruel Yazeed.

Let’s learn about Bibi Zainab (AS)
The brave daughter of Imam Ali(AS) and Bibi Fatima (AS) carried on the mission of her brother Imam Hussain (AS) to save Islam. Read about her journey to Shaam and her courage at every step as she faced hardships.

Let’s learn about Imam ZainulAbideen (AS)
The 4th Imam Ali Zainulabideen (AS) spread Truth through prayers and mourning for the martyrs of Karbala. Learn about his life and teachings.

Let’s learn about Prophet Muhammad(SAW)
The best of creation, the noblest example, the Mercy for all mankind, the Holy Prophet of Islam is the last Messenger from Allah. Find out about him and his teachings.

Let’s learn about Imam Ali (AS)
This book tells you about the greatness of Maula Ali(AS) our first holy Imam from his birth in the Kaaba to his martyrdom in Masjid e Koofa. Learn about his bravery, his generosity, his kindness and his wisdom, his knowledge and his worship.

Let’s learn about Bibi Fatima (AS)
The only daughter of the Holy Prophet Muhammad (SAW), Bibi Fatima is the perfect example for us to follow. Read stories from her life to learn how she cared for others, stood for justice and was martyred.

Let’s learn about Imam Mahdi (AS)
It is our duty to recognise the Imam of our time. Learn about the 12th Imam, about his parents, his birth, his ghaibat. Find out what our duties are as his followers and how we can connect with him.

Let’s learn about The 12 Imams
The 12 Imams are the guardians of Islam named by Allah to protect His message. This book includes stories from each of the 12 Imams who guided the Muslims after the Prophet Muhammad (SAW.)

Let’s learn about Jannatul Baqee
Baqee, the graveyard in Madina has 4 of our holy Imams’ graves but alas the tombs have been razed to the ground. Learn about its history and join in greeting the holy ones who lie buried here. Our Islamic herige is being destroyed before our eyes. Find out what we can do.

Your feedback has been received.